トップ > 三宅由佳莉さんの…シリーズ > What the Tokyo Band is like 〜 History & Profile 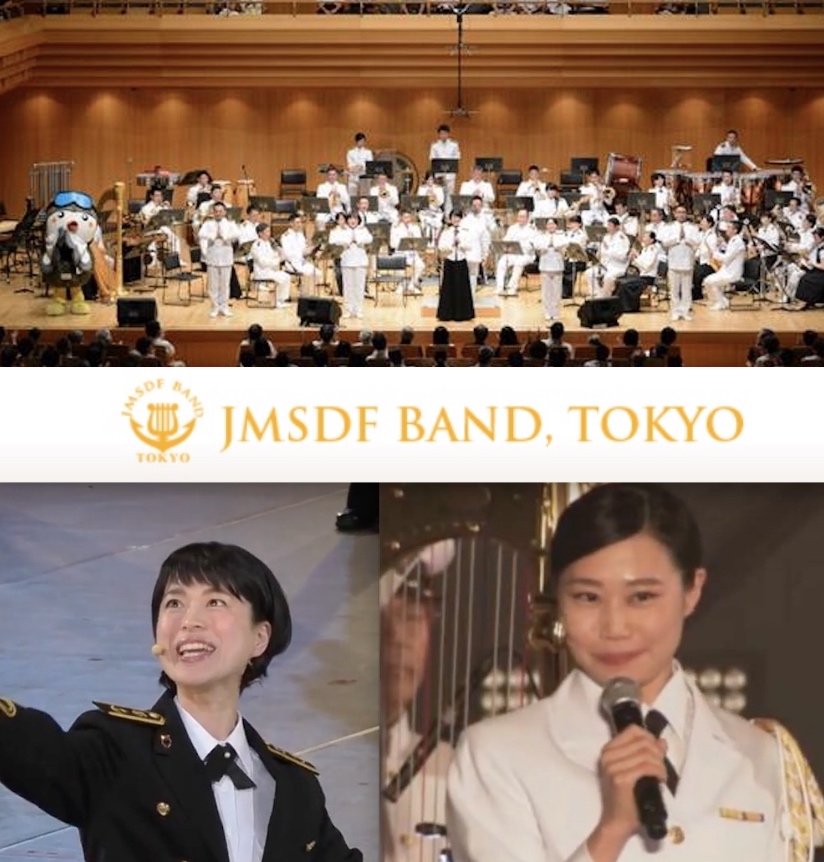 In the English articles of this blog, I mainly write about Yukari Miyake, but I did not introduce about the Tokyo Band to which she belongs, so this time, I would like to write about it.

Though Tokyo Band is one of the six bands of Maritime Self-Defense Force (Navy), its status distinguishes it from other five. The five are located at Yokosuka (Kanagawa pref.), Kure (Hiroshima pref.), Sasebo (Nagasaki pref.), Maizuru (Kyoto) and Ohminato (Aomori pref.), and are respectively under the command of each District Commandants of JMSDF. Their performance activities are basically limited to the responsible area of ​​the District Command to which they belong.

On the other hand, the Tokyo Band is under direct command of the Minister of Defense, and their range of activities is the whole universe, to put it in a nutshell way.

As for its history and profile, the Tokyo Band itself is providing information in English on the official site. So click the banner below and get details.

The fact that their area of activity is not limited means that there may also be performances of the Tokyo Band overseas. In fact, they have been invited to several military Tattoos overseas and performed up there.

The video below shows their performances in the Oslo Tattoo in 2014.

At the opening the Tokyo Band performs the "Kimigayo March". It was composed based on the main melody of the Japanese national anthem "Kimigayo".

Then "Tenchijin", the main theme of NHK TV drama.

And after that Yukari Miyake appeares from behind the band and sings "Furusato (Hometown)" beautifully dressed in kimono. Her song is followed by the march "Man of War", a traditional one from the Imperial Navy of Japan.

Another opportunity was in 2016, the Tokyo Band was invited to the Basel Tatoo in Switzerland. In the video below, the Tokyo Band shows wonderful performances despite the rain shower. Yukari Miyake sings "Furusato", "Inori ~ a prayer",  and "Amazing Grace".

Do you like their past performances overseas? Do you want to see their performances and Yukari Miyake singing in live? In fact, I am estimating and expecting there may be such opportunity this year.

The central band of Japanese Army visited UK two years ago and that of Air Force visited Germany and Holand last year. That makes me estimate this year it's Navy's turn. Though estimate is just estimate, it may cheer up minds of those who are longing for seeing them in live!