It's almost four months since Yukari Miyake was back in Japan after visiting Pacific nations as a member of the Fleet Band attached to the Training Squadron 2019. The mission tour around the Pacific Ocean was reported in last two articles written in English titled "Itinerary record of Yukari Miyake @Training Fleet".

When she's back many of us wondered when and where she would first appear on stage as a singer in the Yokosua Band, for, none of us had ever seen her on stage after she moved to Yokosuka Band in march last year. Besides, some sources then said she is not likely appear on stage within 2019. Those conditions made us afraid we had to wait for her first stage until Jan. 2020.

On 3rd November, there held an annual music festa in Yokohama and there appeared Yokosuka Band. I enjoyed their performances there, but my slight hope Yukari Miyake might appear didn't come true. In fact she was off duty for the day and was enjoying the air show in JASDF Iruma air base. We felt rather happy to know that she's fine and had good time up there.

And several articles on a blog edited by "Kurashiki children's Choir" in her home town reported her private activities in the Choir.

She seemed to have long vacation after five months overseas training and seemed to us that it was likely that her first stage could not be expected until new year.
However, unexpected information was brought to us. JMSDF Kure Band announced that Yukari Miyake would appear on the stage of their special concert scheduled on 17 December in Kure city near Hiroshima.

We felt somehow strange to hear it. Not on stage of Yokosuka Band but of Kure? Why her first appear on stage after coming back in Japan would be in Kure? Some seemed to think she might have been assigned to Kure Band.

On 6 and 7 December, Yokosuka Band appeared on stage of Christmas Concert hosted by 21st Air Wing JMSDF in Tateyama city, Chiba prefecture. I fortunately got a ticket for 2nd day stage. So I made a trip to Tateyama to enjoy the concert, not expecting Yukari Miyake to appear at all, because I was convinced that her first stage would be in Kure.

To my big surprise, however, she appeared on stage and sang several songs for us audience. It was really a fantastic show, I can tell you!

No photo or video was allowed inside the hall so there's no image of her on stage, but my friend took video of her leaving the venue on assistant-driver's seat of the cargo truck of Yokosuka Band.

Ten days after the splendid concert in Tateyama, she was on stage in Kure and fascinated many people long expected her to come. Kure is far away from my home and rather hard for me to visit on week day, so I gave up to be there. Some of my friends, nevertheless, visited there and enjoyed the concert. They later reported me how wonderful time it had been.
After the concert, some enthusiastic fans (mostly female) of her reportedly waited for her to come out and greeted her. One of such female fans hugged Yukari Miyake in tears, I heard. She seemed to have long been very anxious about Yukari Miyake whie she had been abroad. 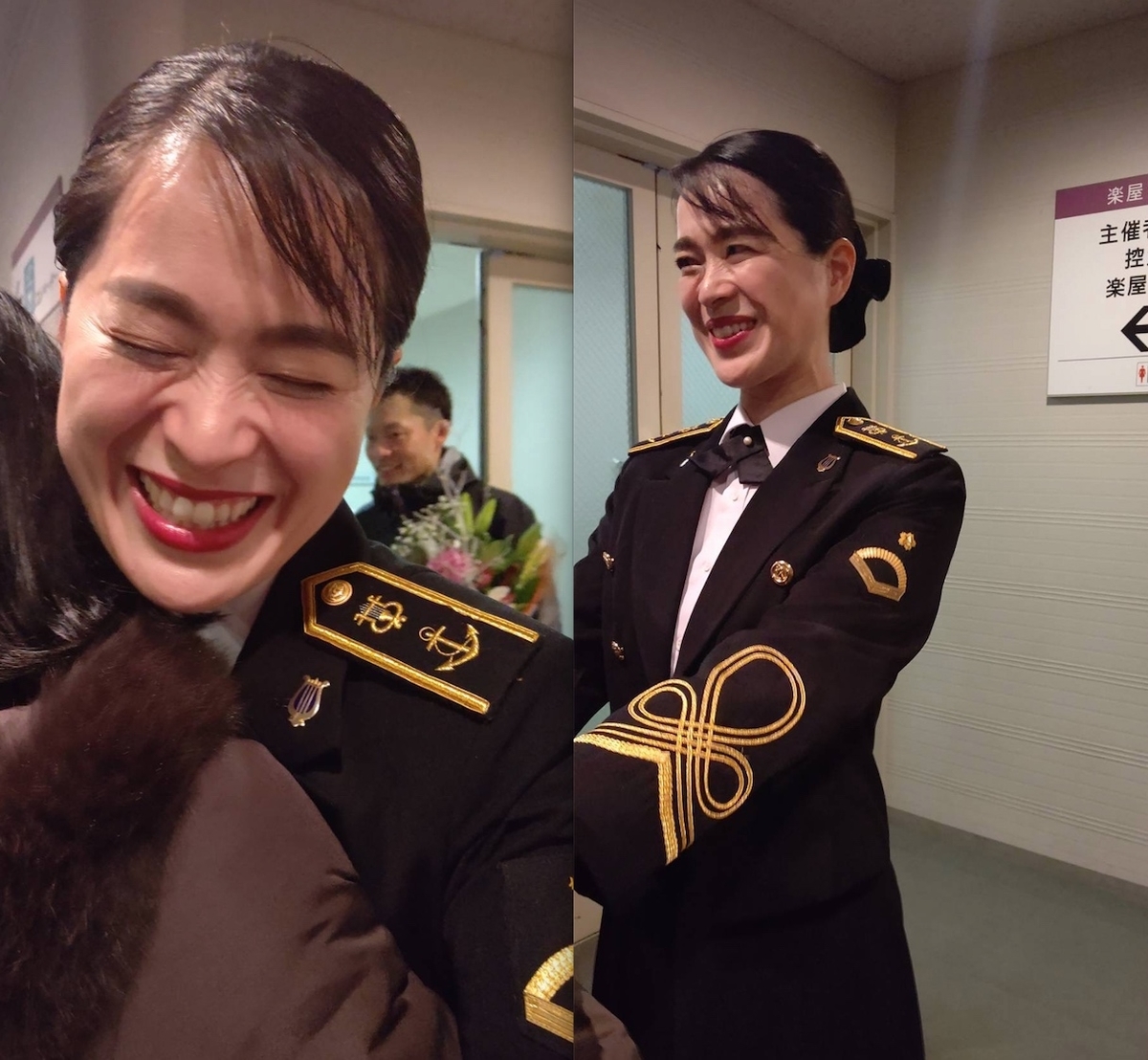 And those who were around noticed the eyes of Yukari Miyake were full of tears, too. This shows how much Yukari Miyake is loved by many throughout Japan, I suppose. And maybe loved by people all around the world, I believe.

There is a very short but lovely video taken by my friend at this opportunity. Message to you all from her.

Yukari Miyake stayed over night on the day at Kure, and next day, she moved back to Yokosuka to appear on another stage of Yokosuka Band joint concert with US 7th Fleet Band held in the evening.

In this concert, Yukari Miyake presented several songs not only solo but duet with Kathryn Whitbeck, a well educated soprano singer in the US Navy Band.

I had an opportunty to listen to Kathryn singing at Yokohama music fest I earlier mentioned in this article. It was my first time to listen to her singing, but I felt she is as much fascinating as Yukari Miyake. So I eagered to enjoy the joint concert, but unfortunately I couldn't. To my surprise, the friends who visited Kure the previous day were there and reported me again. Tough listeners they are! 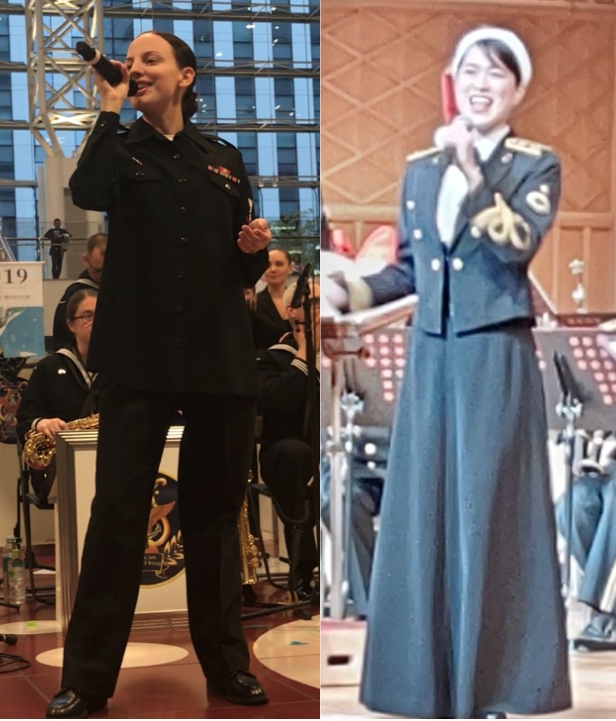