In last article I wrote that Yukari Miyake probably has joined the fleet band attached to the Training Squadron 2019.

Last Tuesday, there carried out the departure ceremony for the squadron at the Yokosuka Base of JMSDF. An OB association of JMSDF that I belong to invited us members to the ceremony, so I've listed my name to see them off, without knowing that Yukari Miyake was also to depart. And after that it was turned out that she probably has joined the fleet, not convinced yet then however.

That day I of course wished if I could catch her figure in my eyes, but did'nt have any chance to see her at all. However a person, who noticed who I am, came to me and showed me a photo of her he took on "Kashima" the flagship of the fleet earlier that day. That made me to say "It's sure that she is about to sail off!".

With weather condition too severe, they were forced to hold the ceremony in the gymnasium in the Base instead of carrying it out on the pier the fleet was mooring. She was not be seen even in the ceremony.

So after the ceremony I decided to walk out of the facility to take video of "Kashima" leaving port. Though the stormy rain prevented me to take it up by the end, I would like you to see her off with the video.

The itinerary of the Training Squadron was lereased on the page of Defense Ministry. I translated it into english and pasted below. I wish it would help you to imagine what the sailing is like and to know when they are to visit respective port. 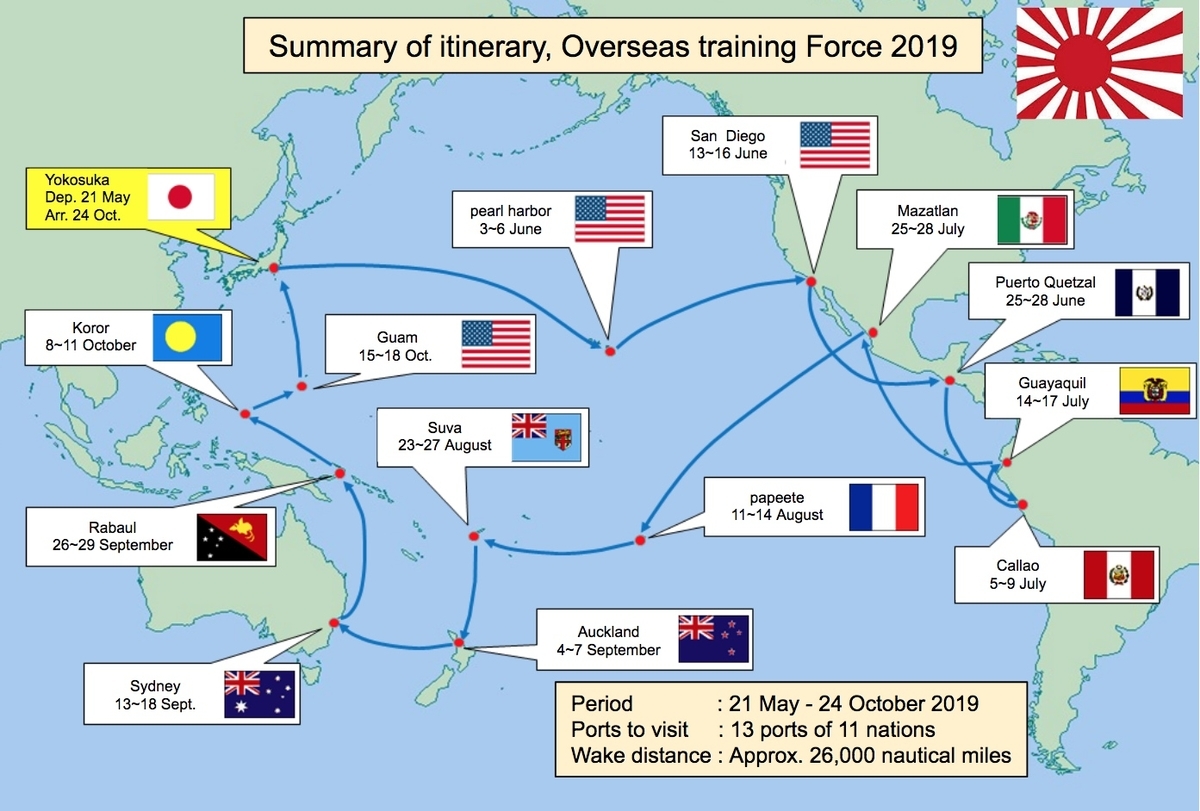 If you live in such countries they are going to visit, please go to see her and enjoy her singing in concerts.