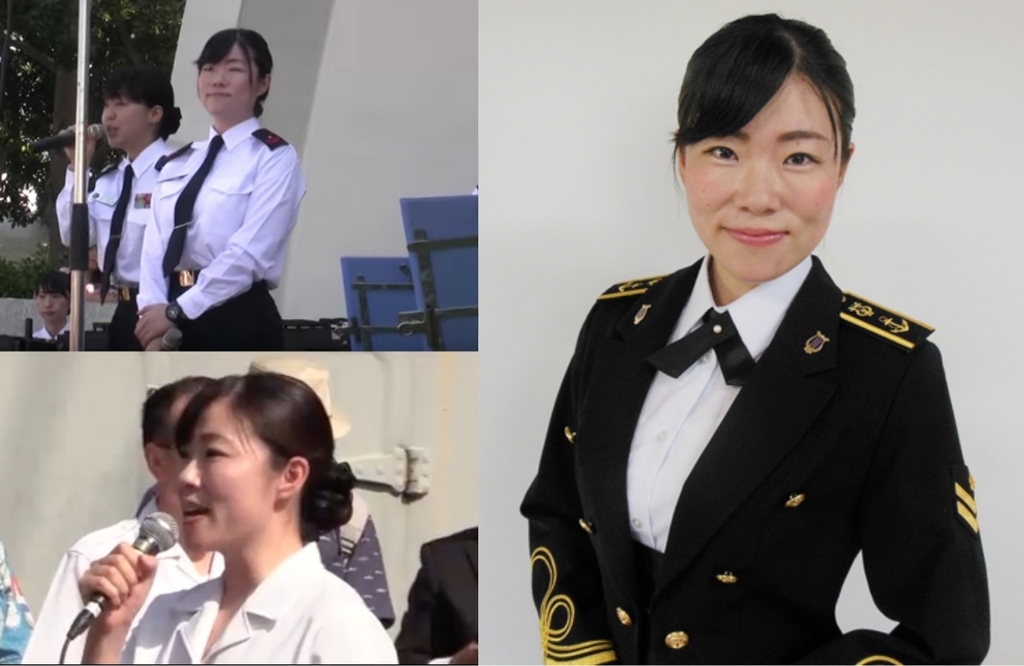 This time, I would like to introduce Mariko Nakagawa, another singer of the Maritime Self Defense Force, other than Yukari Miyake. She is a talented singer who graduated from the Aichi Prefectural University of the Arts Vocal Music course as chief.

After completing the graduate school of the university, she joined the Maritime Self - Defense Force in April 2014 and was assigned to the Yokosuka Band in August the same year. Her singing skills made her acquire many fans through her 4-year career in the Band. She has a reputation for rich voice volume and certain pitches.

She first appeared in the Self Defense Force Marching Festival held at the Budokan in Tokyo this November and showed a wonderful singing voice with other singers.

What I want you to listen to is the song she sang as a special program during the rehearsal of Marching Festival. Please listen to it and be surprised（╹◡╹）

（Unfortunately the channel seems to have been closed!! I should have downloaded the video!! True, it's no use crying over spilt milk(≧∀≦)）

Because there are two singers of different types, I think that the Maritime Self Defense Force Bands have been able to broaden the range of performance. The video below shows how they two co-starred in the Marching Festival. Click and enjoy it.